Published: January 27, 2021
Written: January 19, 2021
Kundalini, literally “coiled serpent,” is said to be an unconscious, instinctive, uninhibited Cosmic Force (Shakti) that lies coiled (dormant or unmanifest) at the base of the spine until it is awakened and becomes active by persistent practice. It is envisioned either as a sleeping Goddess or as a sleeping Serpent. The image given by the scriptures is that of a serpent with three and a half coils around a silvery Lingam. Each coil is said to represent one of the three Gunas of Prakriti, with the half coil signifying the universe that is manifested from the Gunas.

​Prakriti is the “primal motive force,” the essential constituent of the universe and is the basis of all the activities of the cosmos. It is composed of the three Gunas which are “qualities, tendencies or modes of operation,” known as Sattva - balance, order, purity, goodness, light and harmony; Rajas - change, movement or dynamism; Tamas - negative, lethargic, dull, slow darkness, delusion, or ignorance. Kundalini, Shakti and Prakriti are synonyms when understood from a broader view.

The Yogin who works for liberation and does so through Kundalini Yoga derives both enjoyment and liberation. At every center at which one rouses Kundalini, the Yogin experiences a special form of bliss and gains special mental powers. Carrying Shakti to Shiva at the cerebral center, one enjoys the Supreme bliss which is the nature of Liberation, and which when established in permanence is Liberation Itself. Cosmic Energy (Shakti) polarizes itself into two forms: potential or unmanifest (Kundalini) and the dynamic, working forces and energies of the body known as Prana). Behind all activity there is the unmoving and unseen, Cosmic and intensely spiritual background, experienced through portals in the astral and causal bodies. These centers in the human body are the Chakras of Kundalini.

This Kundalini Shakti is affected by Pranayama, Devotional Meditation and other Yogic practices and becomes dynamic. When completely dynamic and set free, that is when Kundalini unites with Shiva in the Sahasrara Chakra, the polarization of the body gives way. The two poles unite in one, and therein the state of consciousness called Samadhi. The polarization, of course, takes place in Consciousness. The body continues to exist only as an object of observation to others - it continues its organic life according to its Prarabdha Karma (fructifying Karma). But consciousness of his body and all other objects is withdrawn because the outward, distracting, egoistic function of the mind has ceased, having been withdrawn into its ground which is pure and unfiltered Consciousness.

When awakened, Kundalini Shakti ceases to be a power which sustains world-consciousness, the content of which is held only so long as She sleeps; and once set in movement, with repeated effort and with the help of a knowledgeable and unselfish teacher, Kundalini is drawn to that centre in the thousand-petalled lotus (Sahasrara) to attain union with the Shiva Consciousness, the absolute-consciousness that is beyond the world of forms. When the Cosmic Serpent sleeps, man is awake to the phenomena of the world-process. When the Cosmic Serpent is awake, man sleeps to the consciousness of the world and enters into the Primordial Causal Body. In Yoga, he passes from consciousness of forms to formless consciousness. 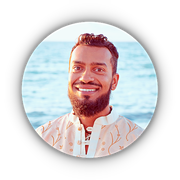