​​​​​​"WHENEVER WE MANAGE TO LOVE WITHOUT EXPECTATIONS,
CALCULATIONS OR NEGOTIATIONS, WE ARE INDEED IN HEAVEN."
JALĀL AD-DĪN MUHAMMAD RŪMĪ

At the crossroads between Europe and Asia, is a fascinating country - Turkey! Turkey's European section is called Thrace and its Asian portion is called Anatolia. The narrow seaway between the two continents, including the Dardanelles and the Bosporus Straits, is one of the most strategic maritime passages in the world, being that it is the only access-point between the Mediterranean and the Black Sea. This notable fact has given the various populations and ancient civilizations of Turkey enormous geopolitical importance throughout the ages.

​The Anatolian peninsula, comprising most of modern Turkey, is one of the oldest permanently settled regions in the world.
Various ancient populations have lived in Anatolia, from at least the Neolithic period ("New Stone Age" or 12,000 years ago) through the Chalcolithic period ("Copper Age" or 6,500 years ago), through the Bronze Age, the Iron Age, and into present day. Turkey is home to some of the world's oldest known man-made structures and prehistoric civilizations, and is the center from which the Indo-European languages spread. Turkey is a colorful expression of ancient, hellenistic, medieval and modern renderings that are all seen today!

The earliest historically-recorded inhabitants of Anatolia were the Hattians and Hurrians, non-Indo-European peoples who inhabited central and eastern Anatolia between 4500-2500 BC. The Indo-European Hittites came to Anatolia and gradually absorbed the Hattians and Hurrians and re-founded the first major empire in the area. The Assyrians had conquered and settled parts of southeastern Anatolia yet they remained a minority in the region. Following the collapse of the Hittite empire, Anatolia was occupied by the the Phrygians and other Indo-European peoples until dissolving into the successor states Lydia, Caria and Lycia. Starting from 1500 BC, the coast of Anatolia became heavily settled by Aeolian and Ionian Greeks. Numerous important cities were founded by these colonists, such as Miletus, Ephesus, Smyrna (now İzmir), and Byzantium (now Istanbul). Anatolia was later conquered by the Persian Achaemenid Empire during the 6th century BC before falling into the hands of several Greek city states after the Persian-Greco Wars, until being subsequently divided by Romans in the mid-1st century BC. From then on, large parts of modern-day Turkey were contested between the Romans and Persians, until Constantine I chose Byzantium to be the new capital of the Roman Empire. After the empire was divided, the capital was renamed as Constantinople in 395 AD, becoming the capital of the Eastern Roman Empire. This empire would later be known as the Byzantine Empire, with the eastern regions still remaining in the firm hands of the Persians, until finally the Ottoman Empire came from their ancestral homeland of Persia, along with the local Turks, to defeat the Byzantines, gradually introducing the Turkish language and spreading Islam throughout the region in the 11th century. The prestige of the Ottoman Empire peaked in the 16th and 17th centuries due to major legislative changes relating to society, education, taxation and criminal law. However, as political power began to decline, the Ottoman Empire entered World War I on the side of the Central Powers and were ultimately defeated, whereby the victorious Allied Powers sought to partition the Ottoman state through the 1920 Treaty of Sèvres.

​The occupation of Istanbul and İzmir by the Allies in the aftermath of World War I prompted the establishment of the Turkish National Movement under the revolutionary statesman, Mustafa Kemal Atatürk, who aimed at revoking the Treaty of Sèvres and expelling the Greek, Armenian and French armies. The new Ankara-based Turkish regime, which had already declared itself the legitimate government of the country, started to formalize the legal transition from the old Ottoman Empire into the new republican political system, formally abolishing the Sultanate and ending 600+ years of monarchical Ottoman rule. The Treaty of Lausanne led to the international recognition of the sovereignty of the newly-formed "Republic of Turkey" as the successor state of the Ottoman Empire, and on October 29, 1923, the republic was officially proclaimed in Ankara, the country's new capital. Seen today, Turkey's beautifully diverse culture is a blend of Anatolian, Turkish, Ottoman and Greco-Roman influences, reflecting its position as a modern, globalist state while still maintaining traditional customs and historical values.  Turkish Islam has always been strongly influenced by the mystical and poetic Sufi tradition, and Turkey remains a stronghold of Sufism today. Turkey is now one of the world's Top 10 destination countries, having 17 UNESCO World Heritage Sites, such as the Underground Cities & Rock Sites of Cappadocia, and 51 sites on the Tentative List, including the archaeological site of Lycia. BOTH of these mesmerizing sites are featured on the upcoming SKYLIGHT YOGA™ Expedition to Turkey!
2020 Expedition TO TURKEY 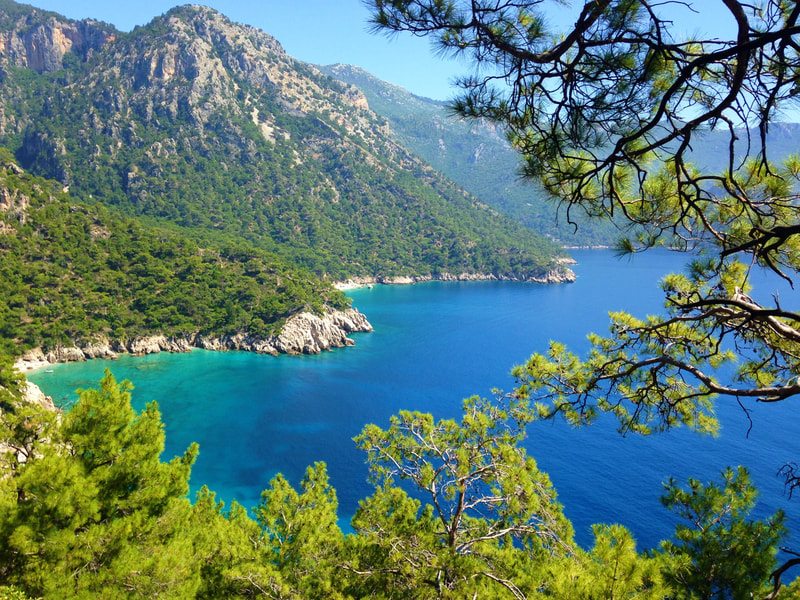 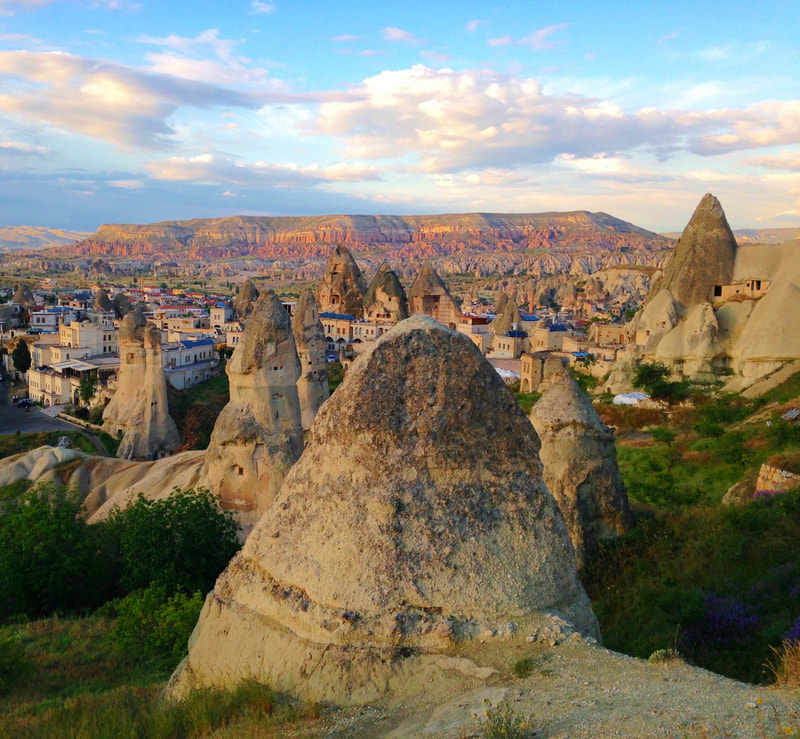 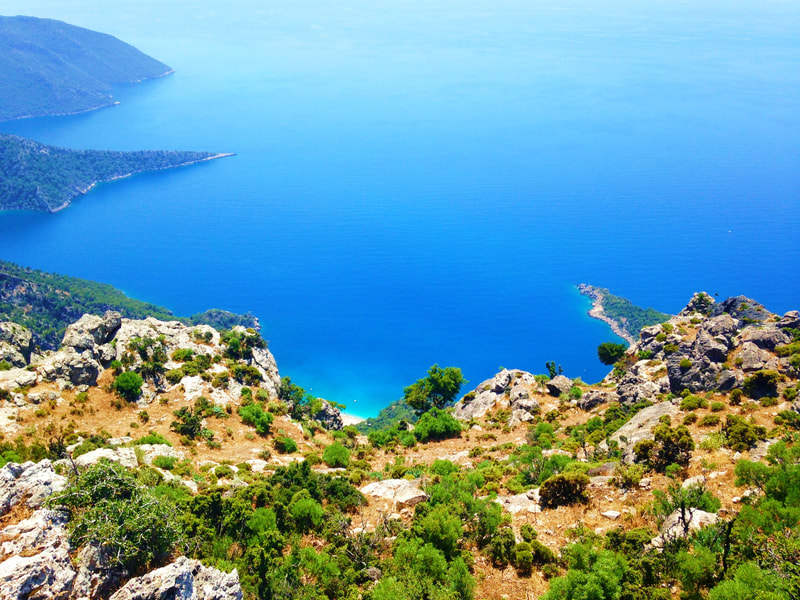 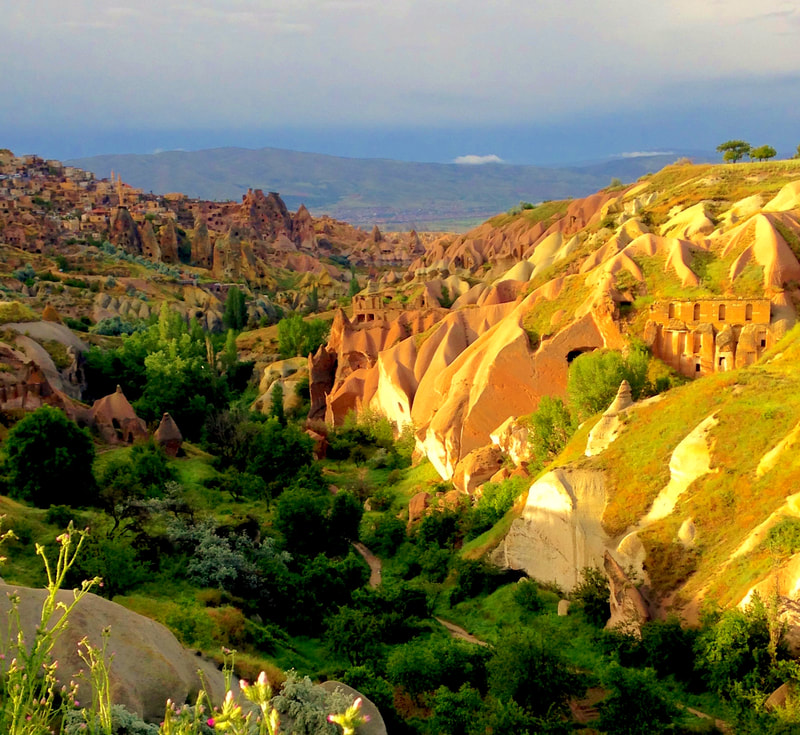